Dr. Peter Montella completed his Bachelor of Science degree in 1982, from Rutgers University, Cook College. He then attended the University of Missouri where he received his Doctor of Veterinary Medicine in 1990 and his Masters in toxicology in 1991. Dr. Montella first came to the Brooklyn area as one of the founders of Brooklyn Veterinary Emergency Group, where he spent many nights providing emergency care for many patients. In 1993, Marine Park Veterinary Group was established as a way to deliver quality medicine and surgery to a neighborhood that he had grown to love. His professional interests include wellness care for all his clients. When not at work, Dr. Montella can be found spending quality time with his long term girlfriend Mary and his two children, Julianna and Peter John, enjoying movies and dining out. 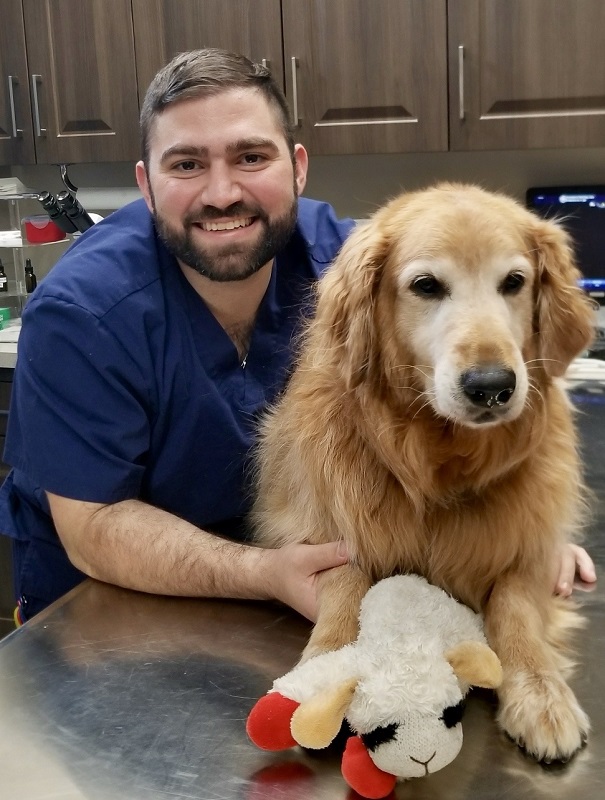 Dr. Zaccheo is a native of Bensonhurst, Brooklyn. As a child, he had developed a strong interest in science which continued to grow as he entered high school and college. He received his Bachelor of Science in Biology from St. Francis College in Brooklyn Heights. Upon completion of his degree, he remained in Brooklyn to spend some time working as a veterinary technician assistant in the Bay Ridge and Bensonhurst neighborhoods. Dr. Zaccheo decided to pursue a career in Veterinary Medicine and ultimately earned his degree at Cornell University in Ithaca, New York.

In his free time, he enjoys business and asset development, going to the movies, and reading. If you have any good book suggestions, he’s always open to them. When he’s not working with your furry friends, he’s spending time with his family, and his handsome Golden Retriever, Butters.