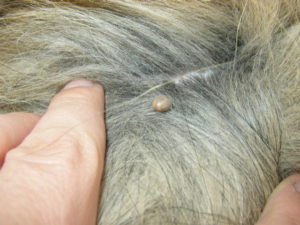 It could be a bad year for Lyme disease, predict two upstate New York scientists who study the disease.

They base their prediction on a population count last year of mice in the Hudson River Valley, they told NPR.

New Jersey, while not exactly ground zero for Lyme, is close enough to its epicenter that every county has now reported multiple cases. There were nearly 5,000 cases reported in 2015, according to the New Jersey Department of Health, with Morris, Monmouth and Hunterdon counties alone accounting for a third of those cases.

The husband-and-wife team of Felicia Keesing, a Bard College ecologist, and Keesing's husband, Rick Ostfeld, an ecologist at the Cary Institute of Ecosystem Studies in Millbrook, N.Y., have devised a system for predicting the severity of the Lyme infestation.

Having researched both weather and acorns as a means of prediction, they found the mice population to be a far more accurate predictor.

That's because mice are extremely efficient at transmitting the disease to ticks, which can then bite humans, they said. While deer often are blamed as the main culprit, mice are far more likely to carry the Lyme bacteria, the researchers told NPR. One mouse can carry as many as 100 ticks on it.

Given an uptick it the mouse population they counted last year, they believe Lyme infections will be rampant this summer in the Northeast.

Lyme disease can be treated if the tick bite is noticed early. Symptoms include a rash that looks like a bull's-eye (occurs in 60 - 80% of people who become infected), tiredness, fever, headache, stiff neck, muscle aches, or joint pain.